This section provides links to some of my other blogs and further below some that I helped to create for various friends and contacts.

Explores some of the original artists or song / artist stories behind Elvis Presley songs and related material. I was a fan back at school in the early 60's and enjoyed reading articles or listening to radio programmes that discussed or played the original versions of songs Presley recorded. There is a lot more information available now and this site I put together reflects an interesting musicology. 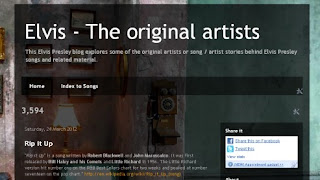 Late Night in Atlantis was an arty / cultural blog created originally in 2008 on Vox blogs and transferred to blogger when Vox closed. I don't input it often now but there is some interesting material on it>
http://latenightinatlantis.blogspot.co.uk/ 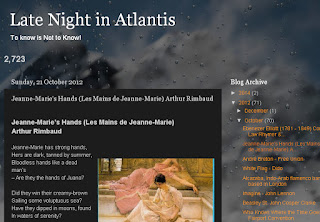 COLIN RICHARDSON'S BLOG
Colin Richardson was organiser of an early 60's Jazz Venue that gave Manfred Mann some of their first gigs. Night Manager of the Marquee club 1965. Booking agent for the Bron Agency bringing top underground bands like Jack Bruce and acts like Monty Python to places like the Lanchester Arts festival in Coventry; Manager of Colosseum and New Jazz Orchestra; music journalist interviewing Nilsson, Genesis, Paul McCartney, Lindisfarne. His blog which I helped set up reflects his fascinating career.
Although we were only yards away from each other at the 1970 Colosseum gig at the Lanch Arts festival when I was 19, I didn't get to know Colin until 2008 when he responded to material I put on the Hobo Music archive about the Lanchester Polytechnic gigs in Coventry.

Since then I've interviewed him - the 7 part interview can be found  here , contributed to the titling of Jon Hiseman's new bio Playing the Band and helped Colin set up this blog. Lots of good background to the music biz in the 60's and 70's.
http://colinrichardsonjazz.typepad.com/blog/ 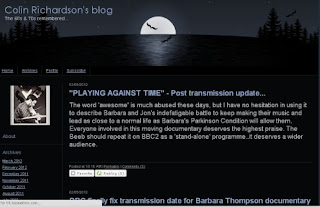 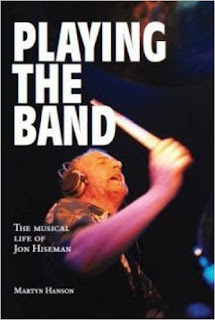 Another blog I set up was for singer songwriter Dave Wood. I met Dave in 1980 at Teesside Poly in Middlesbrough. we were both doing our degrees and formed the Multi-Media Society with mixed media gigs and music, poetry and dram workshops. We were both involved in the local folk scene and collaborated musically on poetry and music projects and the Multi Media band. I set this site up for Dave to archive some of his music from his Middelsbrough period. 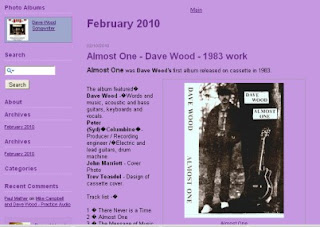 The Poetry of Rock

A site I started  in 2006 but not added to recently, that looks at the poetry of rock lyrics. I ran a course in 1991 called Poetry of Rock for Leeds University Adult Education in Middlesbrough. However haven't really developed this site as much as originally intended but there is some material on it. 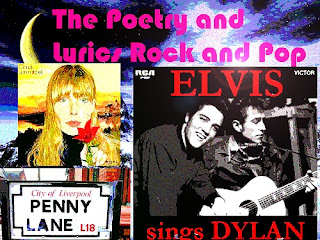 Mark Beevers is an unusual poet, lyricist and sketch writer from Saltburn who has produced over 30 chapbooks and had work published in a variety of small press poetry magazines,anthologies, newspapers in the UK and Thailand where he taught English for a while. My magazine Outlet first published him in 1986 and I helped him set up his blog.
http://captainmarkb.blogspot.co.uk/ 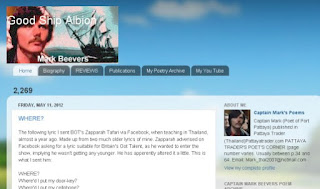 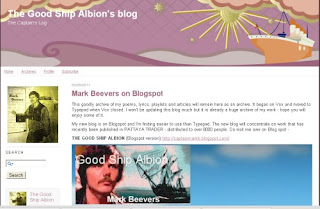